Hello everyone, welcome to today’s post about Frozen Flood Bodies which, after extensive research, have come to the opinion that all of these magnificent statues and sculptures from all over the world – were once alive!!

As crazy as it sounds, the More Secrets Revealed, the more people are copping onto the elites evil plans to kill our minds and use us as a food and energy source. That is all we are to them.

I have always been obsessed with the amount of angel statues and sculptures of great warriors until one day, whilst researching mudfloods, I put two and two together and nearly lost my mind!!

These were the rembrants of the world either before the reset of the 17/18th century, Noah’s flood, Atlantis’ fall or all three combined.

Have we been told so much rubbish about our History that all of these stories are all of the one?!!

I used to have so much awe admiration of the talented artists that were able to create such beautiful works of art – we were told many times that their preferred material to work with was marble and various other types of stone and rock. Apparantely one block of stone rock or marble was used for groups of people?

What really struck me was how, even though many of the artworks were from all four corners of the world, they just seem way to real to be carved by human hands.

This photograph is decieving, it shocked me the first time I came upon it. These are not bodies lying in the ground. No, they have been turned into a display item, how much more can they throw it in our faces?

Of course , alot of Historians would explain how there is a rational reason why they would look alike, due to the fact that that was the time of vast sea travel and exploration. That, unfortunately is not proof. Who were these historians and explores – did they even exist? We have been brainwashed into believing everything they tell us to believe in.

This is an exceptional example. Zoom in and look real close. Are they trying to accept ‘art’ that can not be replicated in modern times?

I think there is much more to this and I’m yet to come up with any type of proof and that feat seems impossible but I can only continue to pursue where my instincts lead me.

You can clearly see that these are human hands. The veins are bulging because of the blood flow restriction from the ropes

How Would The Idea Even Be possible?

What strikes me is that many of them have the same kind of expression on them where it appears that they are in a very depressed state of mind, the despair on their lifeless bodies are too obvious to miss.

This image here shows a girl who looks to me that her whole world is about to crumble,and maybe it did? Why are there so many ‘sculptures’ everywhere that are showing the same signs of sadness?

I have found it near enough impossible to find statues of really happy people, and it’s easy to find the ones in desperate states of sadness.

Research, Research and then some!

Right under our noses, I reckon there’s alot of hidden information just ready and waiting for us to uncover and to further our wonder into our origins and reasons of life, our life, each and every one of us.

For me, there are two explantions so far and whilst I may be completly way off in trying to have a time frame of when and how these statues and sculptures came to be, it seems to resonate with me.

1. We have the lost empire of Tartaria…when a worldwide mudflood took over the world and the lucky ones that somehow survived were the very young.

Those young and innocents learnt a brand new History of their old world and it only takes two generations for the new belief system to have a continuous base.

2. The fall of Atlantis. We know that Atlantis fell when the end of the Ice Age occured.

Trying to put ourselves in that time of History when mountains of ice would have crumbled in a matter of nanoseonds, it would explain the panic and sadness in these people’s faces.

Maybe one of these theories can show how they were immediately frozen in time, exactly where they stood when some major catastrophie occured.

I really don’t know for sure. 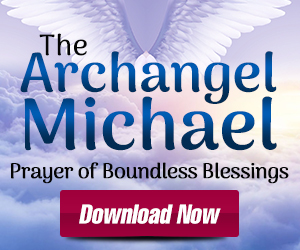 The age old story of fallen angels has been imprinted into humanities DNA as far back as they have known.

For many, they associate fallen angels as being demonic beings that took it upon themselves to land on our planet like some type of alien race and ravaged and savaged the women they thought to be beautifull.

When I see the vastness of angel ‘sculptures’ and ‘statues’, they appear to me as being caring and loving individuals that once roamed the earth.

Evil and hatred that you would expect to see from anything deemed to be demonic would surely come across to  us or have I missed something?

As I think of all the pain and suffering that is happening all around us right now, surely the powers that shouldn’t be are the demonic ones who allow human beings in this day and age to go without their human rights.

Did These Angels Come To Help Humanity

It’s a baffling mystery and it’s one topic that continues to grasp the imagination of people. I am sure I’ve not even scratched the surface and I hope that together we can all just keep trying to figure it out.

Get a free tarot reading from Lotus Tarot

Another theory I have come up with is the vague possibility that these magnificent angels were the souls that took it upon themselves to give up their paradise to ‘fall’ here to help out Humanity? Would that explain how devestated they appear to be at the end of their mortal life?

Again, it’s just another theory but if you are interested in some further reading about this topic, <<Click Here>>

Let me know what you think! Do you reckon a lot of these ‘statues and sculptures’ were once alive?

How could we even begin to find out?!!

Thank you for reading,